2017 was a sensational breakthrough year for Dua Lipa – she captured lightning in a bottle and stormed her way to the top of the charts internationally with her empowering track ‘New Rules‘ – her mantra against falling for the charms of a no-good ex. Along the way she rallied an army of fiercely devoted fans, became the most streamed female artist on Spotify, and grabbed two out of the FIVE BRIT Awards that she was nominated for. Y’know, as you do.

Last night she played her second sold out night at Manchester’s O2 Apollo Theatre. She’s six months into her gruelling international tour schedule, having not long come back from Australia after supporting Bruno Mars – you’d think she’d be exhausted. That however, is far from the case, as for most of the show Lipa is in perpetual motion, bouncing across the stage with an enviable athleticism, successfully managing to maintain her alluring vocals whilst simultaneously smashing the choreography. She starts off by imploring fans to be their most unapologetic selves and to dance the night away, before promptly leading by example with ‘Blow Your Mind (Mwah)‘.

Lipa and her sports bra-clad dancers drop to their knees for Fifty Shades Freed track ‘High’, offering many a sensual shoulder shimmy. ‘Be The One’ evokes the loudest audience reaction of the night thus far, with Lipa still relentlessly energetic, demanding the chorus is repeated back to her at a greater decibel than the last. The set slows in the middle for the lesser known tracks on her album, and the artfully stylised visuals are stripped away leaving Dua Lipa alone on the stage with just a pianist and a single spotlight. It’s in ‘Homesick‘ where we see a striking vulnerability to the songstress, and her fragility proves contagious, with a few people reaching to wipe a tear or two from under their eyes. 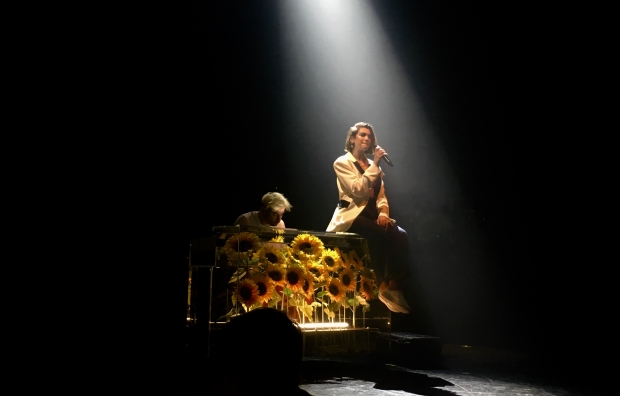 The encore however is where the party truly resumes, consisting of Lipa‘s mammoth singles ‘IDGAF’ and ‘New Rules’ – oh, and a costume change. Lipa emerges from the back of the stage to chants of ‘DUA‘ from the audience, in a bodysuit and jacket reminiscent of the one from the ‘IDGAF’ video, paired with the most incredible orange thigh high boots. A message on the screen behind her dedicates the next songs to ‘all the fuckboys who have done you wrong’, imploring the audience to extend their middle fingers in unity. A blizzard of red and blue confetti engulfs the crowd for ‘New Rules‘, bringing the show to it’s all-too-soon climax. 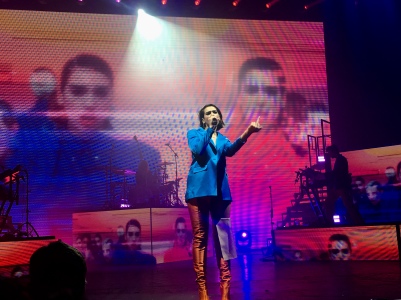 Dua Lipa is an arresting performer, but by far what’s most compelling is the brute force of her vocals, the impressive Rothko-inspired production, and frankly, her stamina. Pop music has been YEARNING for someone with Dua Lipa’s sheer star power. Her limitless potential, a take-no-prisoners stance on bullshit ex-boyfriends, and an empowering, and positively revolutionary catalogue has meant that at just 22 she’s already conquered the charts. But it’s apparent Dua Lipa is here to stay, and this is merely the beginning of her stratospheric rise to stardom and pop domination.